I recently purchased some burger boxes from my local cash and carry, for a few pence each. The following lesson, Year 7 pupils were each issued with an empty box, and an instruction: I asked them to put a ‘landscape’ of some kind inside the box. 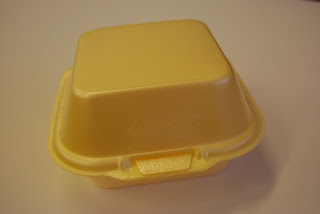 There were a few ‘rules’:
The box lid had to close. On top of the box went the words: “Contents: One landscape”, and on the bottom was a map to show where their landscape was located. The inside of the box lid contained the ‘background’ and the base the ‘foreground’ or aerial view. The students could use 3D materials in their landscape, printed images, papier mâché, miniature figures and animals, even smells and sounds if they could think of a way of making it work. They could draw on the inside of the box, or assemble something inside. The landscapes would stay secret until they were revealed in the lesson.

The following week, the students arrived, with their box lids closed. Each student came to the front and revealed their landscape. I took pictures with a digital camera and made a slideshow of them. The students explained what their landscape was, and why they had chosen it. For many if was their first time presenting to the whole class.

When they were back at their desk, each student was asked to describe their landscape, and to imagine spending time in it. They were also asked to suggest what changes might take place in their landscape over time. There was a little light ‘peer-assessment’, as they were asked to explore their neighbour’s landscape and ask them questions.

The activity could be adapted for other circumstances: a city, region, culture, river, climate zone, ecosystem, farm etc. could all be used. One school developed the idea as a competition with the theme of countries.
If a visualiser was available, this would allow the landscape to be seen by all on the whiteboard.

A great example of thinking ‘inside’ the box. 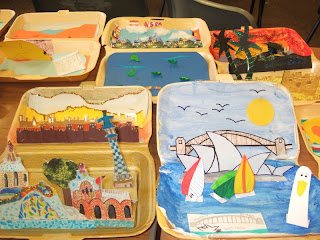 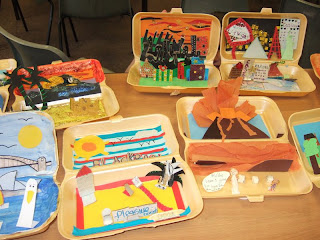