Catch My Meaning? Catch Your Breath: 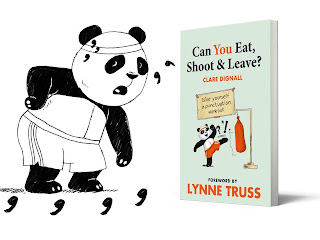 Fragment from ‘Can You Eat, Shoot & Leave?’ by Clare Dignall, HarperCollins Publishers 2011