Recently we had the opportunity to meet Naomi who was at Collins on a work experience placement. While she was here, we discovered  that she is passionate about languages and plans to study French and Italian at university –  so, we asked her why she thinks learning a language is so important.

Language is our most complex yet fundamental communication tool. It is at once a separating and unifying force; both alienating and a source of comfort and place.  Discovering a new way of speaking is possibly one of the most liberating of human achievements.

For most of my life I’ve been fascinated by languages and I’m looking forward to starting university this September to study French and Italian. Next month, though, I’m lucky enough to be going to Paris for an 8 week ‘term’ at the Sorbonne University. Having spent a year and a half out of education I can’t wait to resume my studies and where better to do so than this iconic capital? 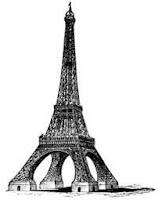 I’ve always enjoyed the logical interplay between languages and French and English share so much common-ground. [Note George Bush’s ‘faux-pas’ (ironically) at complaining for there being “no French word for ‘entrepreneur’”] Yet, the relative failing of language education in this country is slightly embarrassing. As a Nation we tend to fall back on the excuse that ‘everyone else speaks English’, which may be largely the case- but finding that you can begin to understand a language in context is immensely satisfying.

The most effective way to learn and maintain a language is to completely immerse yourself in it, but for many that is not a feasible option. However there are now so many great language guides out there that lend themselves to independent study. I’ve used the Collins French Verbs and Practice book which has a clear and engaging lay-out to drum in conjugations and key grammatical points, without being dull and monotonous. It provides great revision too and helps to make the grammar sections of exams a lot easier.

In preparation for A-levels my teachers suggested that we read French newspapers; highlighting and looking up unfamiliar words, which proved to be a quick and effective method for expanding vocabulary. With the Collins Robert French dictionary I found up-to-date definitions as well as a section for “language in use”, to gauge a more fluent usage of words and phrases.

New ways of speaking offer the possibility of accessing new ways of thinking too, which is surely an immensely exciting prospect with which to incite people to adopt a new language. Not to mention new scientific research which has shown how language-learning is actually beneficial to our health; it develops new neural pathways in the brain, consequently staving off the threat of dementia and Alzheimer’s! In short, we should all be avidly swatting up on our French grammar.

In an increasingly globalised world, where many ancient native languages and dialects are gradually becoming extinct, it is more important than ever that we cherish and embrace our linguistic diversity. What a dull world would it be if we all spoke in a common tongue?