Intoxication is the last topic I teach because it requires students to synthesize knowledge from so many other parts of the criminal law. The activity below is designed to allow students to create and solve their own criminal law scenarios and then draw appropriate conclusions from the exercise. 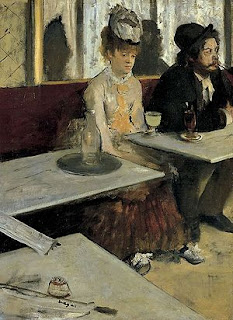 Try this activity with your students – download the scenarios and the Intoxication cards here.

Step One:
Students choose a scenario to consider initially without any evidence of the defendant’s level of intoxication. They identify the actus reus and look for mens rea in the usual way. They decide whether the crime is one of basic or specific intent.

Example: Scenario 3
Walking through town after a night out Alan spots a shoe shop with a broken window. He manages to use his tie as a lasso and pull out a pair of expensive trainers.

Step Two:
Now they choose an intoxication card. They then have to decide what impact this has on the scenario above.

This time they have to discuss:
Was the intoxication Voluntary or Involuntary?
Involuntary: by ‘spiking’.

Was the crime basic or specific?
Specific: both theft and burglary crimes have a clear ulterior intent.

They may even argue that because it was a high level of intoxication he may be entitled to an acquittal. This would apply if the intoxication was so high as to destroy his intent. Gallagher (1963). But, see below.

Step Three: Synthesising the 2 halves of the scenario.
Stronger students will examine the mens rea and behaviour of the defendant and conclude that his acts of forming a lasso and hooking a pair of trainers were so ‘purposive’ as to be evidence of intent. Drunk yes, but guilty anyway.

Plenary:
The class attempts as many different combinations of scenarios as time will allow. Despite a tendency to jump to an easy conclusion based purely on the intoxication they will realise it is (as always) the mens rea that proves conclusive.