The Jackson Trial – A Comparative Exercise 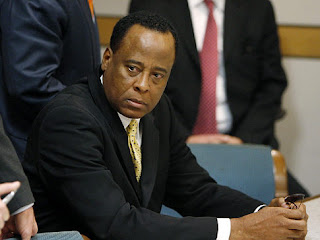 It provides an opportunity not available in our legal system for them to get to grips with the processes of a trial and the concepts of Involuntary Manslaughter. It’s the perfect source material for a Mock Trial.

The case merits comparison to our own leading case of Adomako [1994] and, although American law is not exactly the same as English law, their crime of ‘criminally negligent manslaughter’ neatly equates with our own crime of ‘gross negligence manslaughter’.

In Adomako [1994] a distracted anaesthetist failed to realise that his patient had become disconnected from the oxygen supply for several minutes. This had fatal consequences. The House of Lords judgment became the leading case on gross negligent manslaughter. There are some obvious parallels with the Jackson trial.

The Key Elements from Adomako:

It is not difficult to show a duty of care between the doctor and his patient. The other elements form the contentious parts of the trial. I’ve divided them up below.

Activity Stage One:
Divide the group into two halves and allocate a research question to each half.

Research Question One: Causation
Examining the evidence so far, is it fair to say that Conrad Murray’s acts or omissions caused the death?
Students might consider:

Research Question Two: ‘Grossness’
Was the breach of duty so bad in all the circumstances (per Adomako [1994]) as to be classed as criminal?
Students might consider: